The Nu-Vista PAS features the tried and tested Nu-Vista stage featuring 6S51N nuvistors in a discrete class A amplifier buffer. 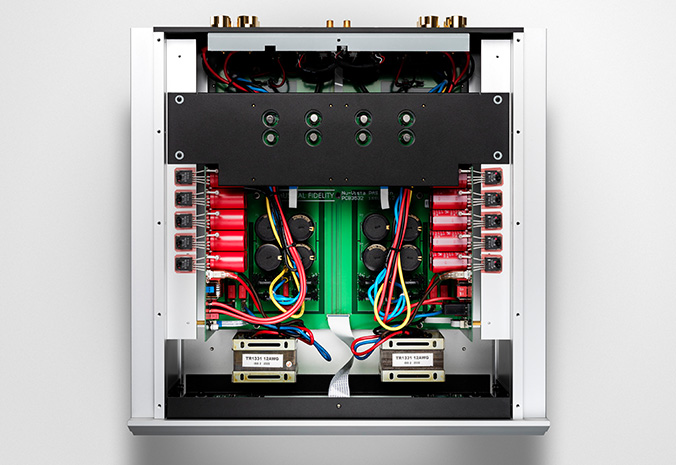 Based on Titan 1000W stage, it has separate capacitors for bulk supply, and one each for output devices con siderably reducing output impedance and improving dynamics. Chokes are added for further improved supply ripple and pulse current spike reduction Bias is set for over 5W of initial class A operation thereafter the stage slides into class B operation at a point where the now much lower discontinuity is easier dealt with than “standard” crossover distortion.

The Nu-Vista PAS comes with its own dedicated external power supply. 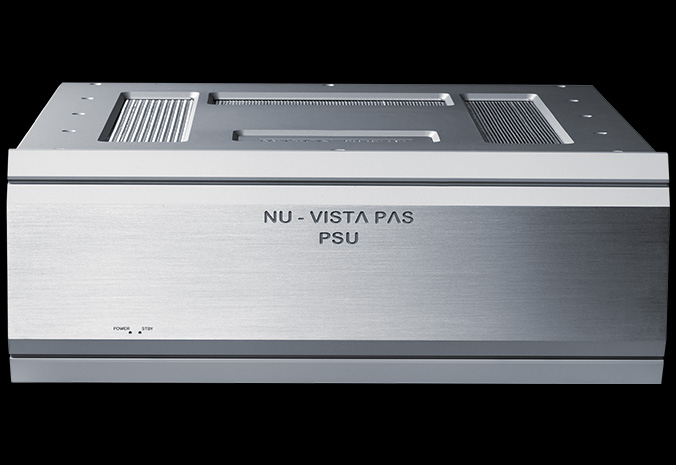 To achieve better noise performance, we removed the AC mains power supply from the main unit and built it into another matching box. In this box we took advantage the extra space to set up inbuilt mains and output filtering. This quietens up the supplies and results in almost no mains-borne artefacts getting into the sensitive audio circuitry. The Power supply has ON/ Standby LEDs and is controlled from the main unit front panel. If total mains isolation is required, the power supply also has rear mounted mechanical rocker switch for full power off. 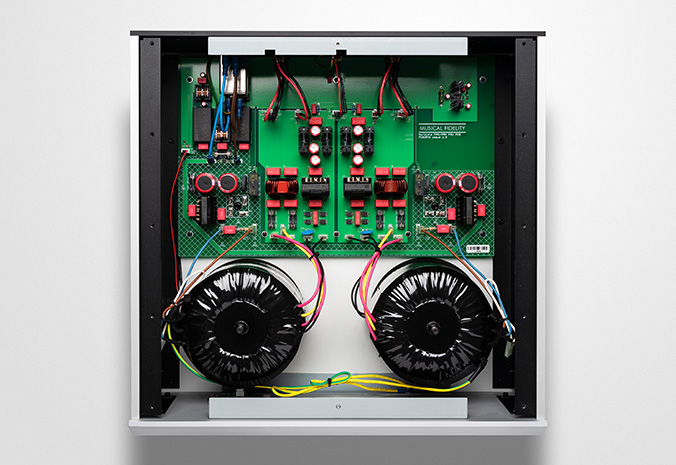 The Nu-Vista PAS‘s mechanical construction is uncompromisingly rigid and solid in typical Musical Fidelity tradition. Front panel and side panels are milled from extruded aluminium profiles and are extremely massive. 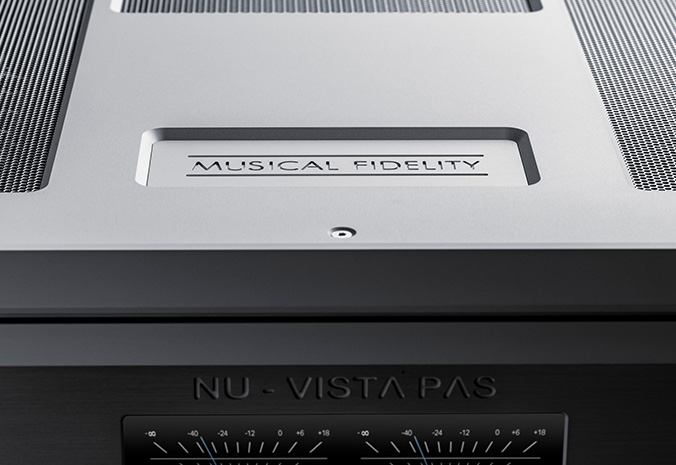 The separate Nu-Vista PAS PSU houses all the transformers, which by nature generate mechanical vibrations and radiate harmful electromagnetic fields. Here they are as far away as possible from the critical amplifier circuits. This significantly contributes to great signal to noise ratio. We basically get immunity against the effects of vibration from the environment. The same can be said about electro magnetic immunity. The massive aluminium case acts as a Faraday cage. It protects the internals against outer electromagnetic fields, and in the same way, the rest of your hi-fi gear against electromagnetic fields generated by the Nu-Vista PAS. 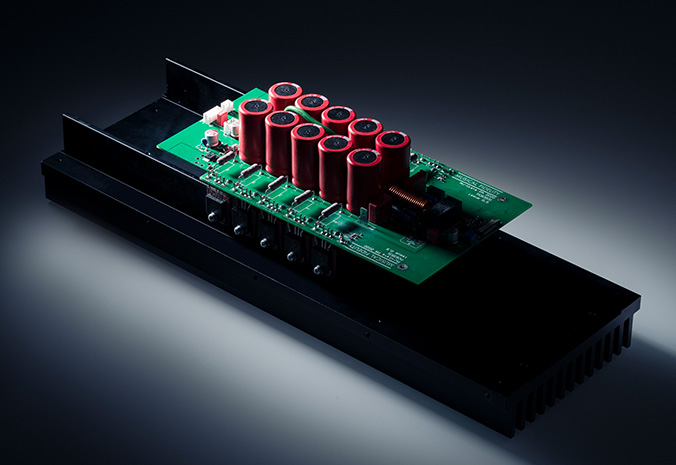 Never before in the history of hi-fi have Nuvistor tubes been coupled with state-of-the-art fully balanced and discrete technology and sophisticated modern design techniques. The Nu-Vista PAS & Nu-Vista PAS PSU‘s technical performances are astonishing. They measure like a dream but, more importantly, sound incredible. Silky smooth with enormous transients and an effortless feel that is at once relaxing and involving. Of special note how they project images between the loudspeakers so that you can almost touch them. 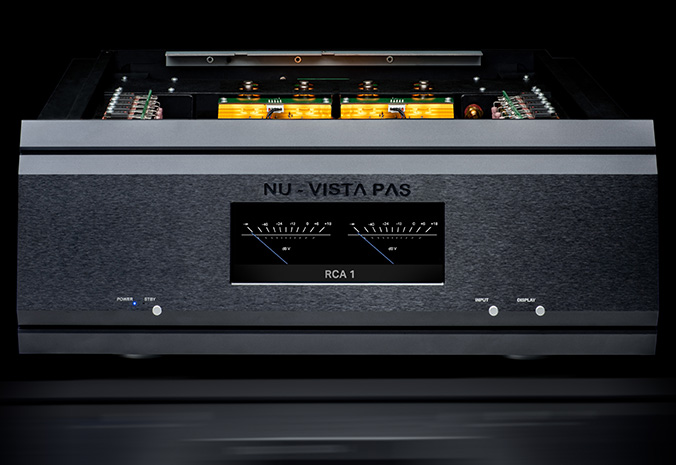 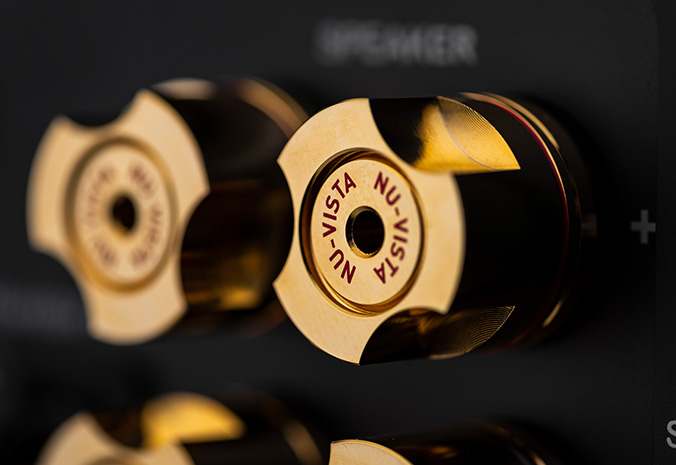 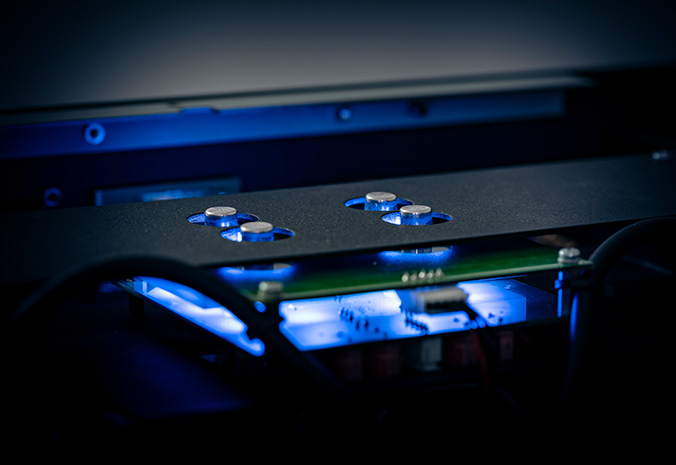